This coffee shop, near Waseda University in Tokyo, has a unique atmosphere, centered around veganism and the constructed language Esperanto. Its intended goal is to introduce veganism to Esperanto-speakers, Esperanto to vegans and both ideas to everyone else!

It’s not crowded at all, probably because neither veganism or Esperanto are well-known in Japan. The good thing is that means you’ll likely have a more intimate vibe.

The food is pretty delicious, cheap (!) and it comes in pretty sizeable portions (Japanese portions are notoriously small). Also, the owner is very kind and loves to chat, if you feel like it. 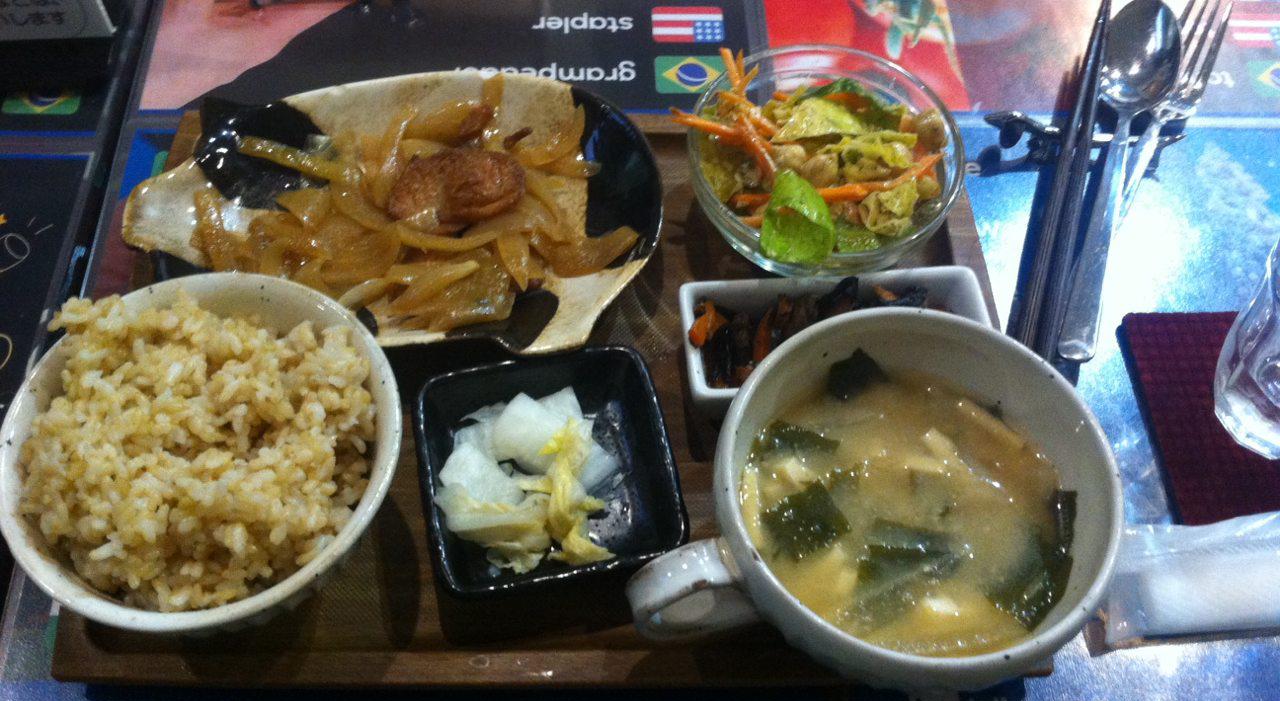 One of the available meals at SOJO (Own work. License: CC-BY-SA.)

The one thing that could improve is the menu: there aren’t many options, and since it’s a tiny shop run by only one man, that might continue to be the case for the time being.

Disclaimer: I’m both a vegan and an Esperanto-speaker, so my take is probably somewhat biased, but if you look around, other reviewers share similar opinions.