Welcome to lib.reviews! We're building a free, open and not-for-profit platform for reviewing absolutely anything, in any language.

We are in early development, and for now, you need an invitation link to register. If you don't know how to get one, follow us on Mastodon or on Twitter, send us a toot/tweet, and we'll DM you.

You can also find us on GitHub and chat with us on IRC (#lib.reviews on libera.chat).

Watch a short screencast (YouTube version) about the state of things as of October 2017.

Teams are groups of like-minded people reviewing things of common interest. Here are a few examples: 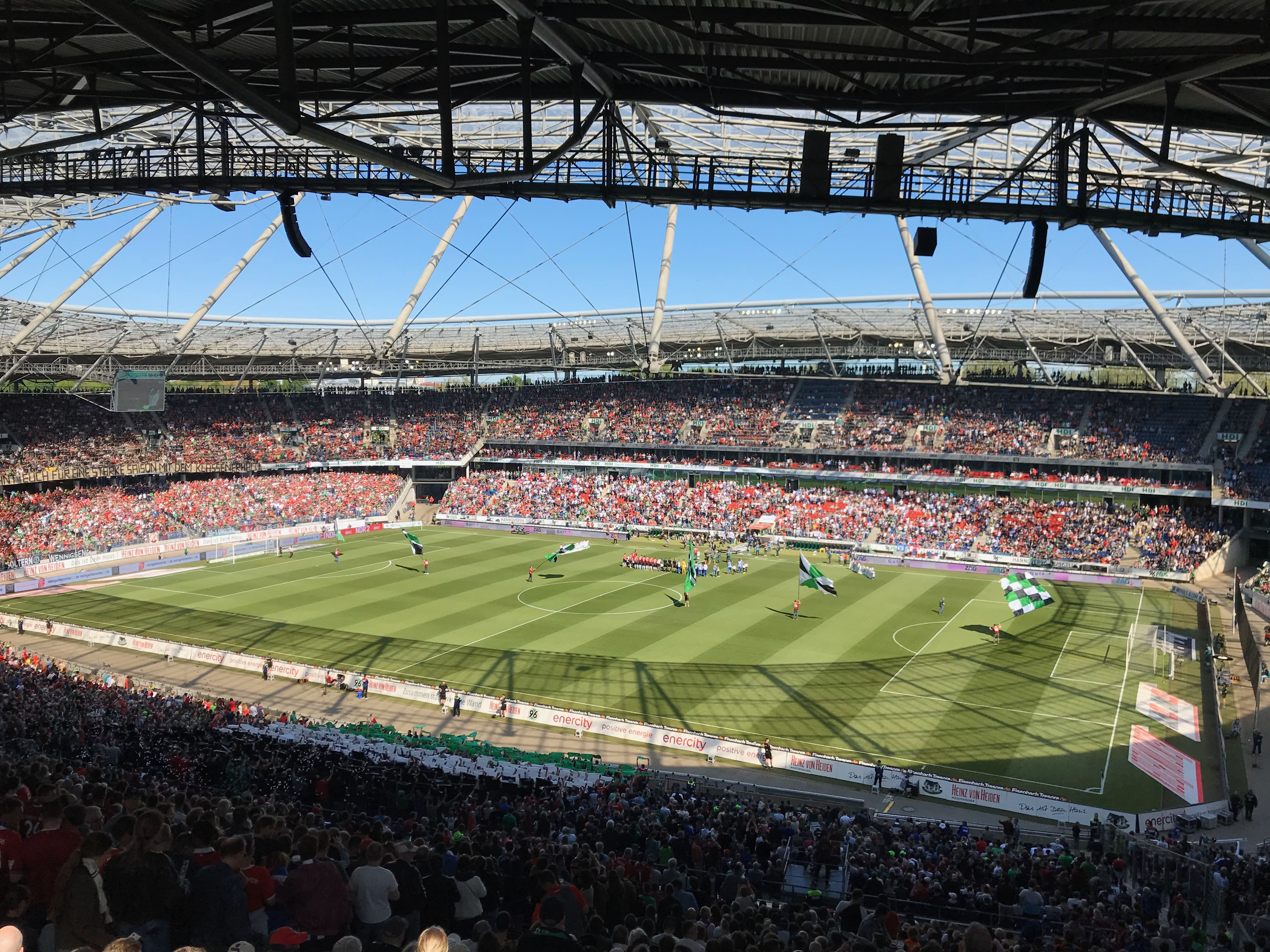 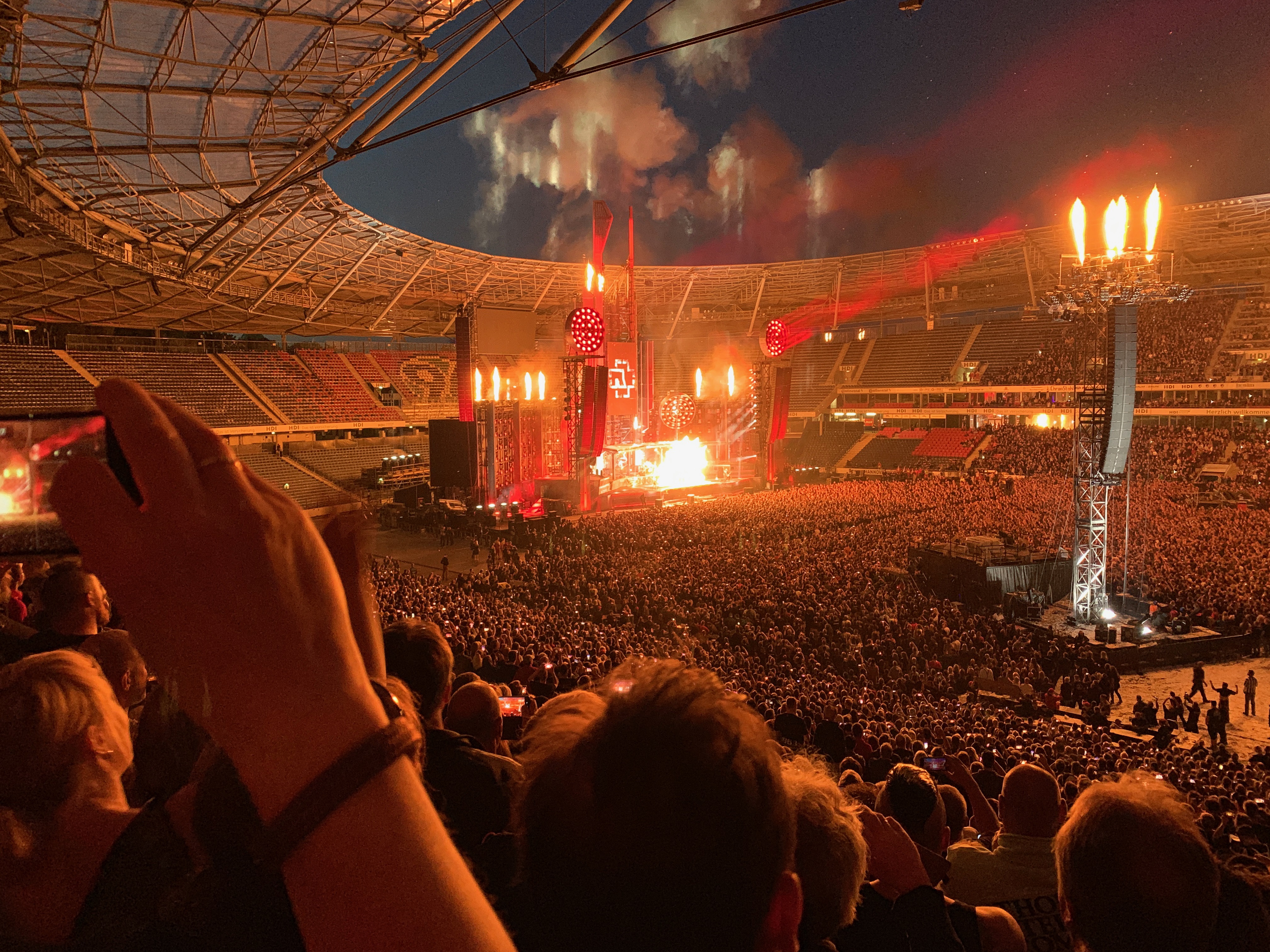 An unnecessary but not terrible addition to the series

The Many Saints of Newark is impeccably acted and provides a much less egregious take on fan service than the usual Han Solo’s Dice prequel fare, but ultimately fails to justify its existence. Its main redeeming quality is that it pays more attention to the effects of organized crime on the black experience – something that was conspicuously absent from the series, and is an encouraging reminder of how we’ve come culturally the last 15 years.

Great app, easy to use

It requires a debrid service, but it’s super easy to use, it can use any IMDB or Trakt lists, etc. It can track all your recent shows and present the new episodes. Very similar to Seren but I prefer it.

As a debrid, they cache popular torrents so you can stream them right away. They also have premium access to many paid streaming sites. Side features include a download manager for premium sites, 1TB cloud with RSS-Torrent support, VPN. It’s like $13 a month, pretty great deal for the features, and the best Kodi apps like Seren or TheOath use it, or similar. Hit me up for a referral link if you want, I’ll get a free month.

Not effective at killing COVID, great at killing conspiracy theorists

You know what, eat your fucking horse paste, we don’t need you around

It’s one of the rare great healthy options in the areas it serves. Flame grilled chicken, steamed veggies, Mexican rice, the only sort of “unhealthy” thing off the top of my head is their great Mac N Cheese. Generally cheap too. I got amazing churros that were obviously freshly made.

Out-of-towners rant about In-N-Out, but they need to try El Pollo Loco too 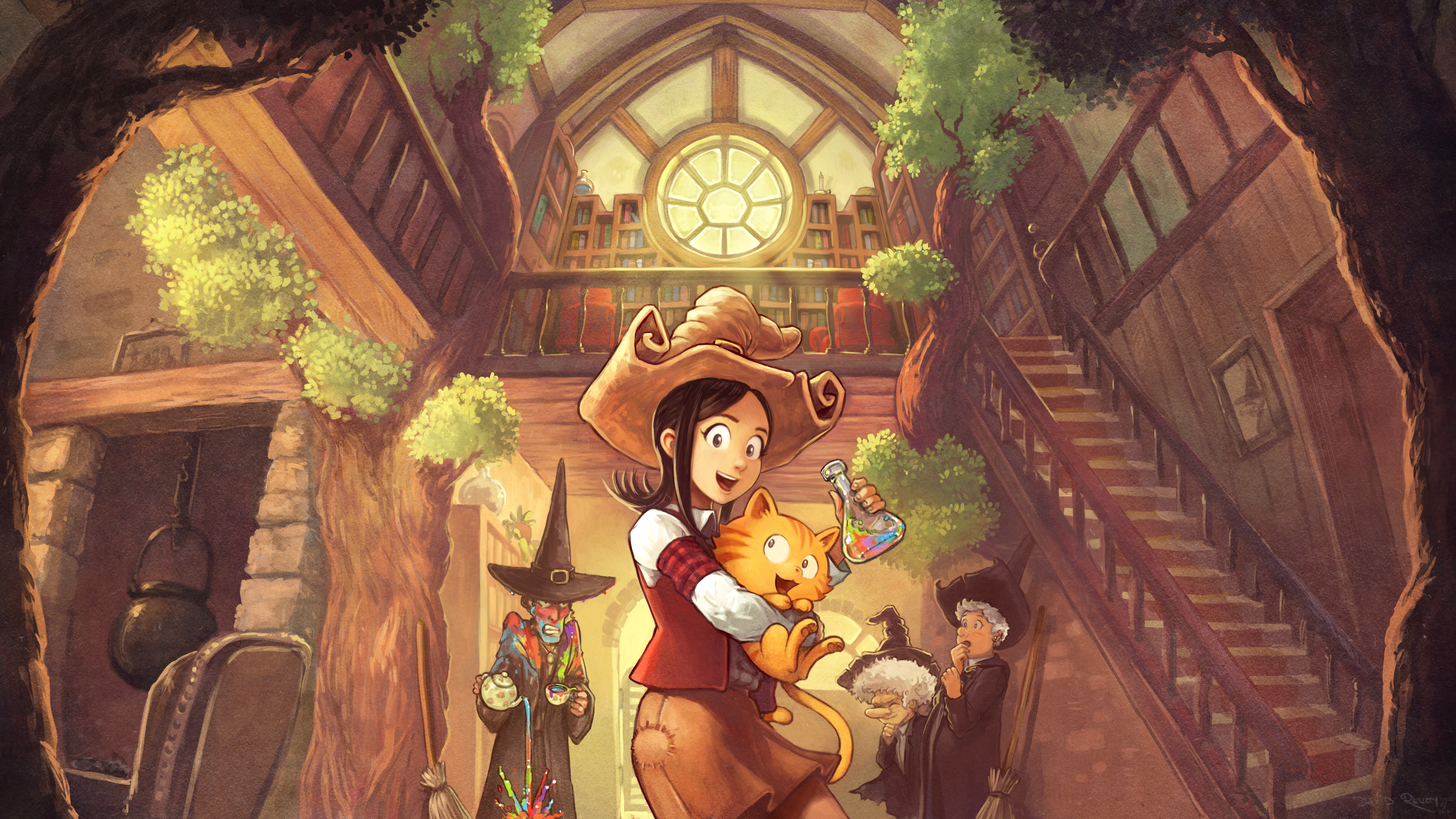 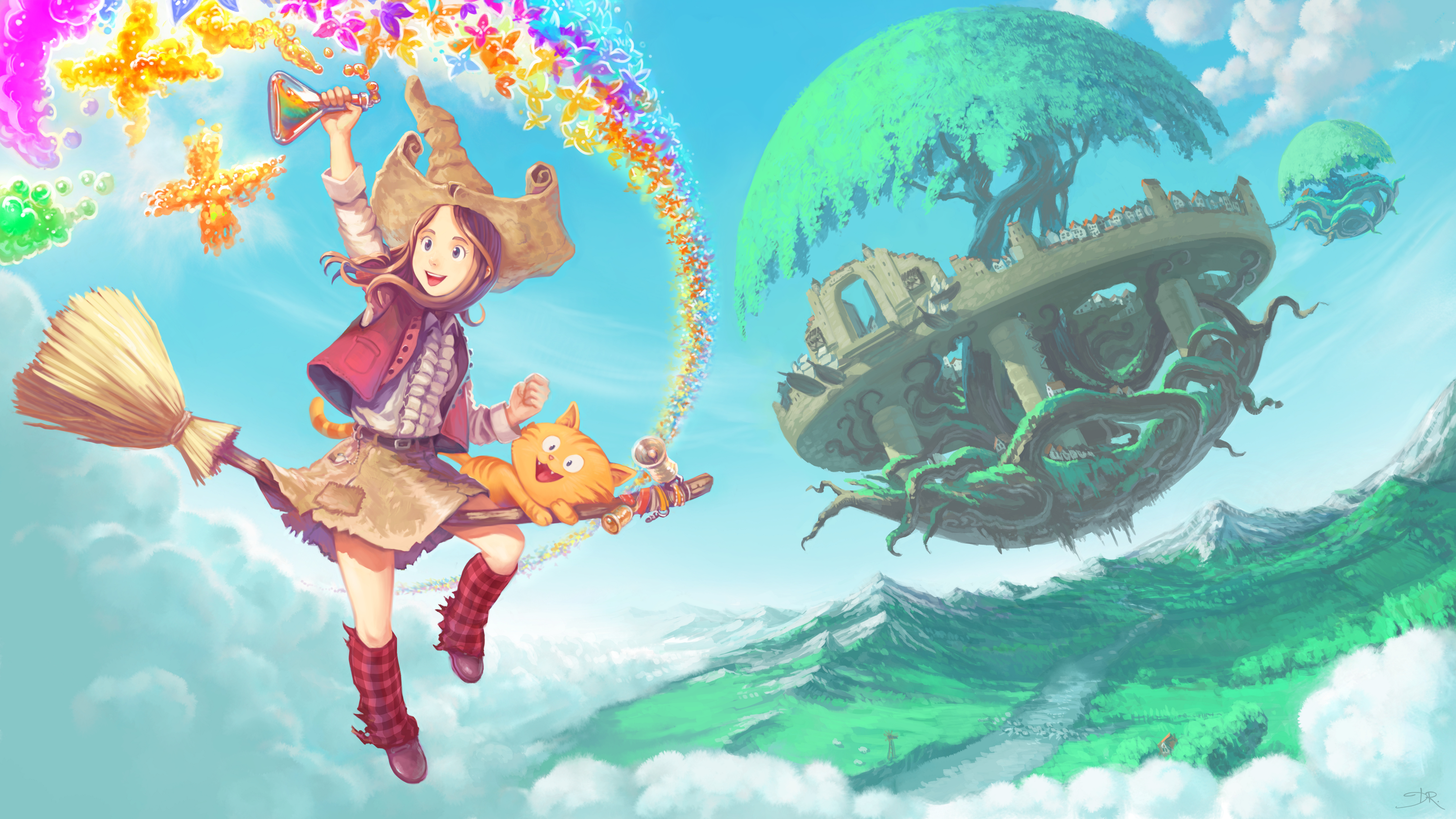 A milestone in video game storytelling, with its share of flaws

Gabriel Knight is a lout. He is also the owner of a bookstore in New Orleans’ famous French Quarter, and a struggling novelist researching a spree of apparently voodoo-inspired killings that have gripped the city. Through his friend Frank Mosely, a police detective investigating the killings, he is able to learn more about the case than what’s reported in the papers.

As he travels the city and speaks to people who may be able to shed light on the case, his shop assistant, Grace Nakimura, minds the store, takes messages for Gabriel, and undertakes research on his behalf. Gabriel is a womanizer, and Grace knows him well enough to keep some distance between them.

What could be the setup for a movie or a TV show is in fact the plot of Gabriel Knight: Sins of the Fathers, a 1993 video game designed by Jane Jensen and published by Sierra. The game is fully voice-acted by a cast that includes Tim Curry (Gabriel Knight), Mark Hamill (Frank Mosely), Leah Remini (Grace Nakimura), and Michael Dorn (Dr. John).

You control Gabriel’s actions in typical point and click fashion: click on hotspots on the screen and interact with them using various actions (look, operate, talk to, etc.). As is typical for the genre, you can carry as much stuff with you as you want, and you’ll want to pick up anything you can. 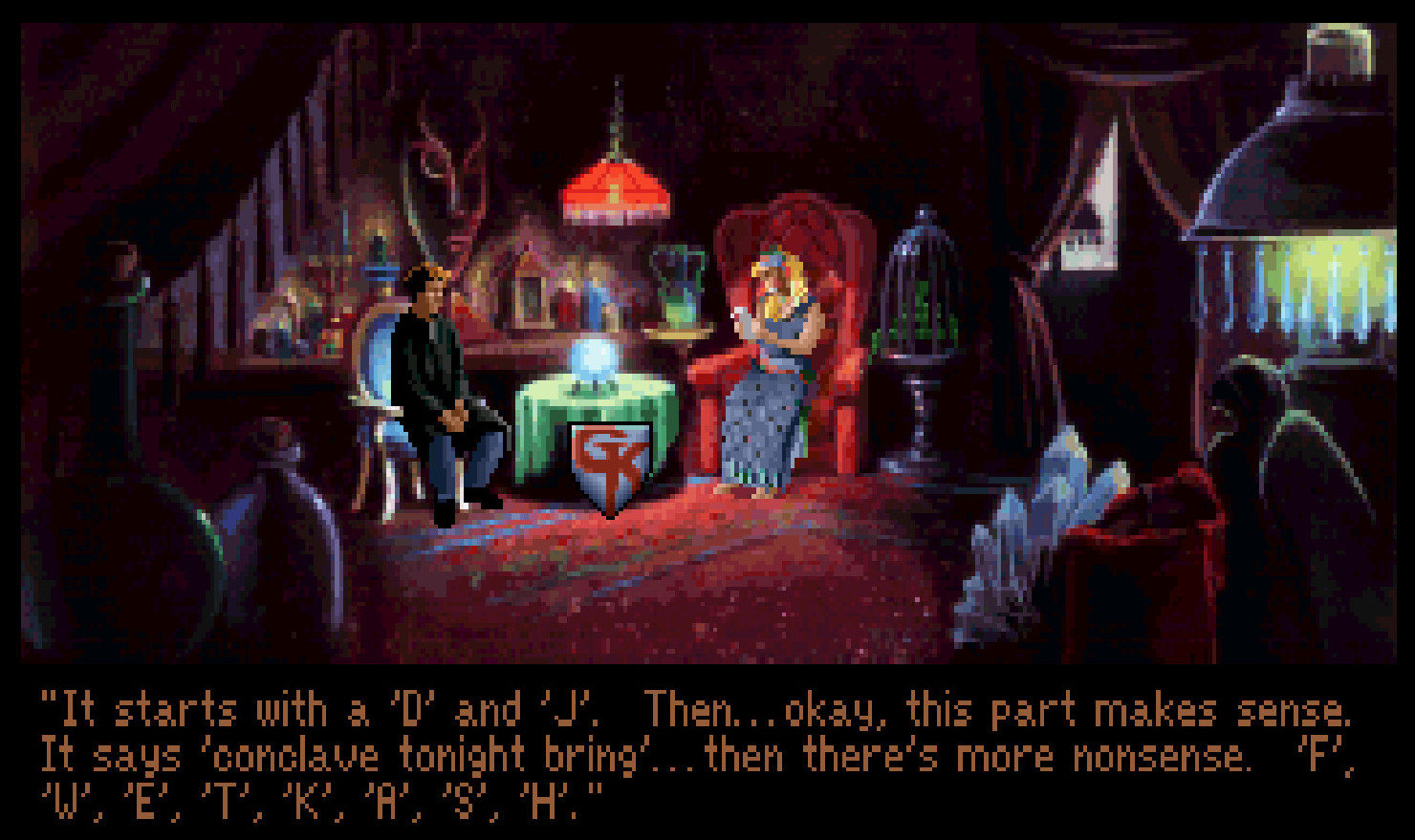 Cut scenes like this one may reveal important clues to the game’s puzzles. (Credit: Sierra On-Line. Fair use.)

Driven by story and dialogue

There are some important ways in which Gabriel Knight sets itself apart from many other games of its era: 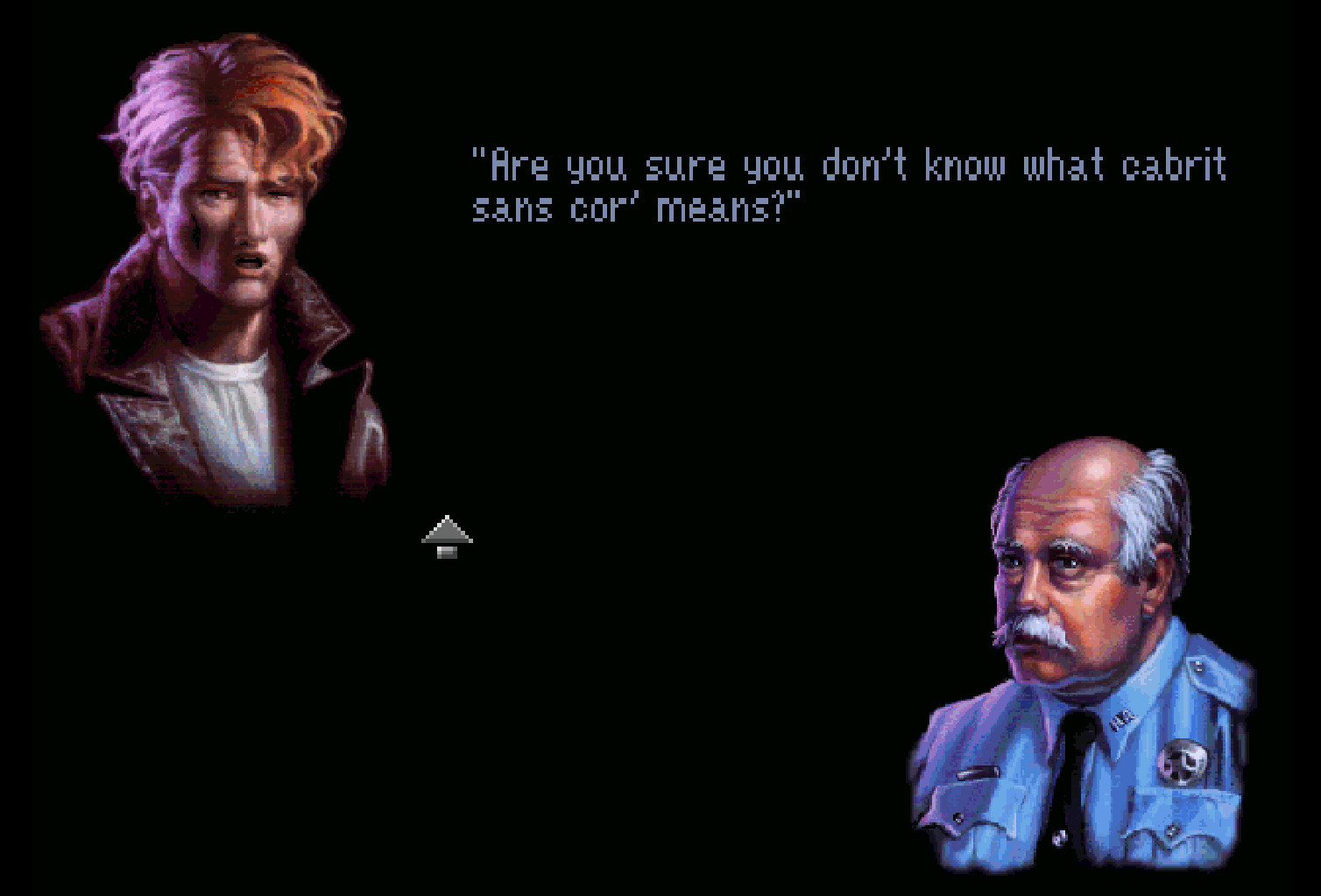 Gabriel Knight was one of the first adventure games to utilize higher resolution SVGA graphics, but it did so only in a limited fashion, such as in the dialogue interface. (Credit: Sierra On-Line. Fair use.)

A product of its time

It is a game of its era, something you may be reminded of when you realize that Gabriel can only use landline phones to communicate over long distances. It’s also reflected in the gameplay: To solve many puzzles, it’s advisable to pay careful attention to every line of dialogue.

Adventure games from this time were meant to keep you playing for many, many hours—if you still got stuck, the expensive hint line was waiting to take your call. This being a Sierra game, you can very much die (especially in the second half), so saving the game often is a good idea.

The racial politics of Gabriel Knight are more troubling. While the story incorporates historical facts about Louisiana Voodoo, the increasingly preposterous narrative follows an all too familiar trajectory in which a white hero (Knight) must overcome forces of evil, who happen to be people of color. That it wraps both heroes and villains in a thin veil of moral ambiguity hardly makes this more palatable.

In spite of these flaws, Gabriel Knight deserves recognition as a milestone in video game storytelling techniques, and is still enjoyable to play today. I recommend using the Universal Hint System over a walkthrough, as it will give you more opportunities to discover solutions to puzzles on your own. The soundtrack has held up well, and adds to the game’s atmosphere and character.

A 20th anniversary remake with new graphics—and a wholly different voice cast—was released in 2014. While Gabriel Knight deserves its place in video game history, I’m not sure it needed a remake. There are new stories to tell, and new heroes to play—ones that challenge stereotypes rather than reinforcing them.

Written by Eloquence on 10/2/2021, 1:26:58 AM
Permanent link
Foundation
tv.apple.com/show/umc.cmc.5983fipzqbicvrve6jdfep4x3
More reviews and information 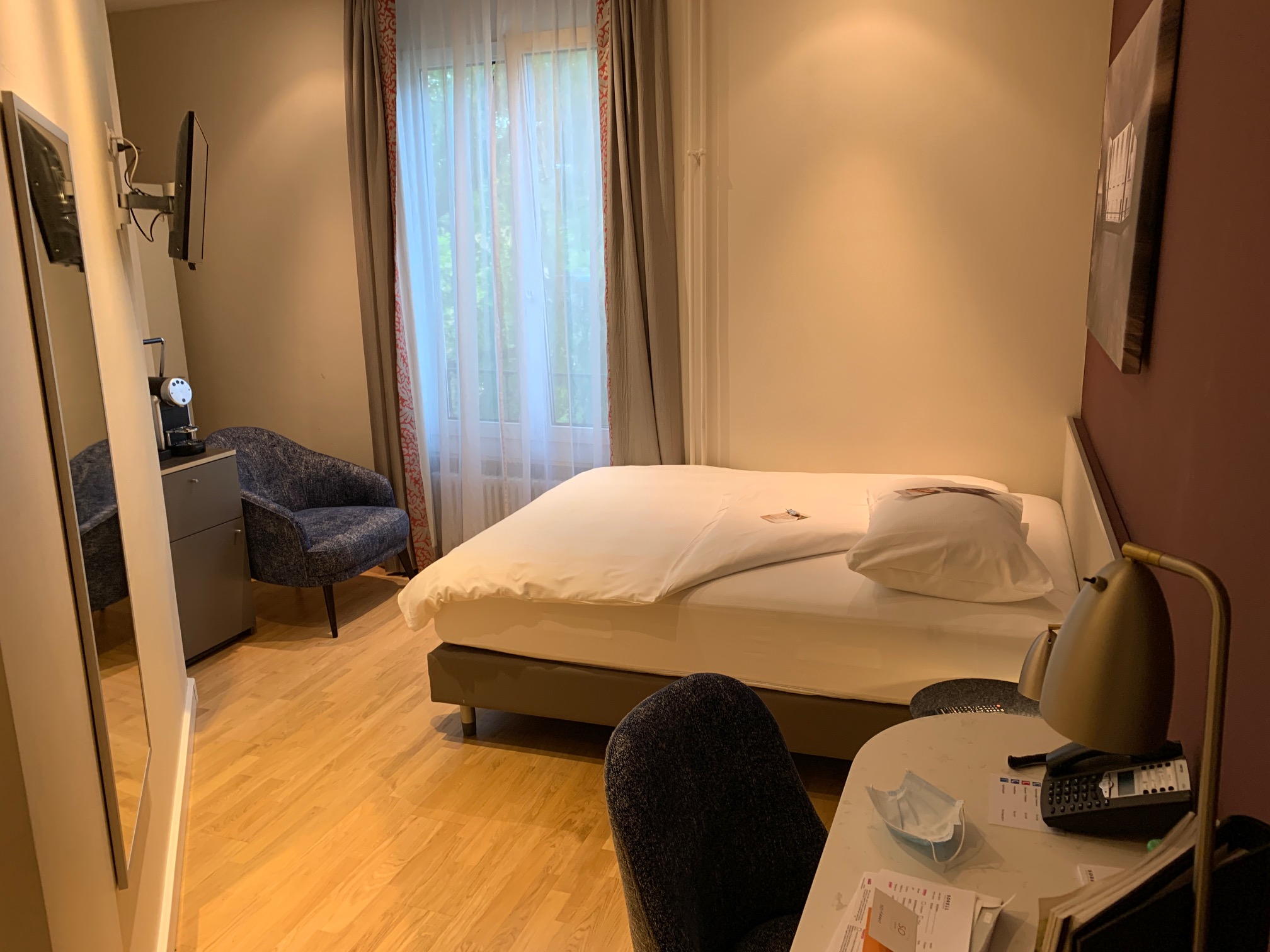 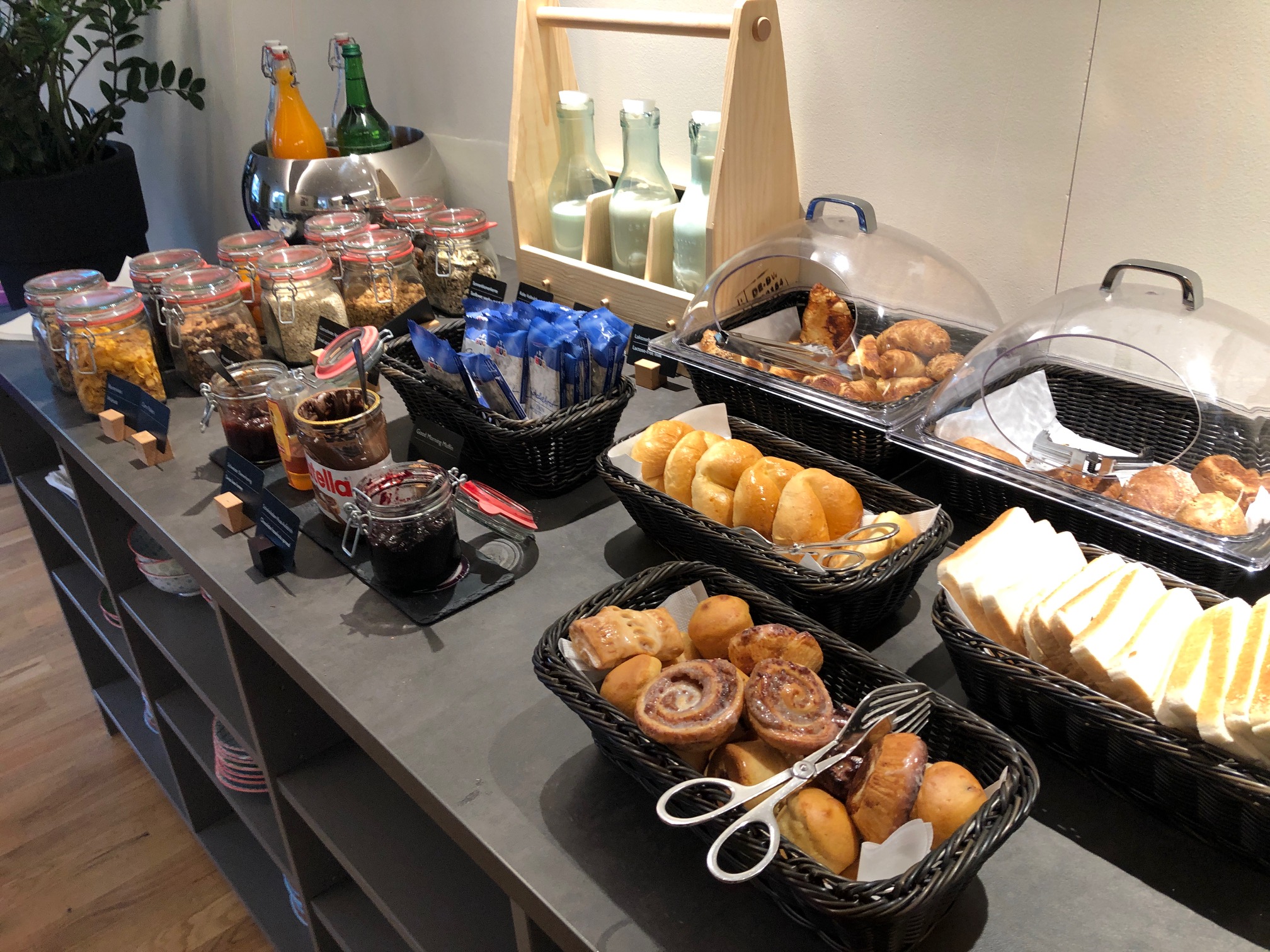