Unpolished but moving tale of captivity and escape

Cursed Sight is a visual novel developed by Marcus “InvertMouse” Lam, an Australia-based indie developer. We meet the protagonist, Gai, at the age of 10 when he is sold by his parents to work as a servant for the king of East Taria, a fictional Asian kingdom. Gai becomes responsible for helping to protect the kingdom’s “treasure”—a young girl named Miyon born with dangerous abilities that King Lok is exploiting.

As the story progresses, Gai develops a friendship with Miyon and her caretaker, a young woman named Sasa. As Gai and Miyon grow older, they consider what kind of life may be possible beyond the captivity of the temple. Their decisions could cost them their lives, and they will certainly shape the future of the kingdom.

This is a mostly kinetic visual novel, meaning that you read it by clicking through it. There are 4 different endings, which you access through a couple of branch-points in the story where you do get to make choices. 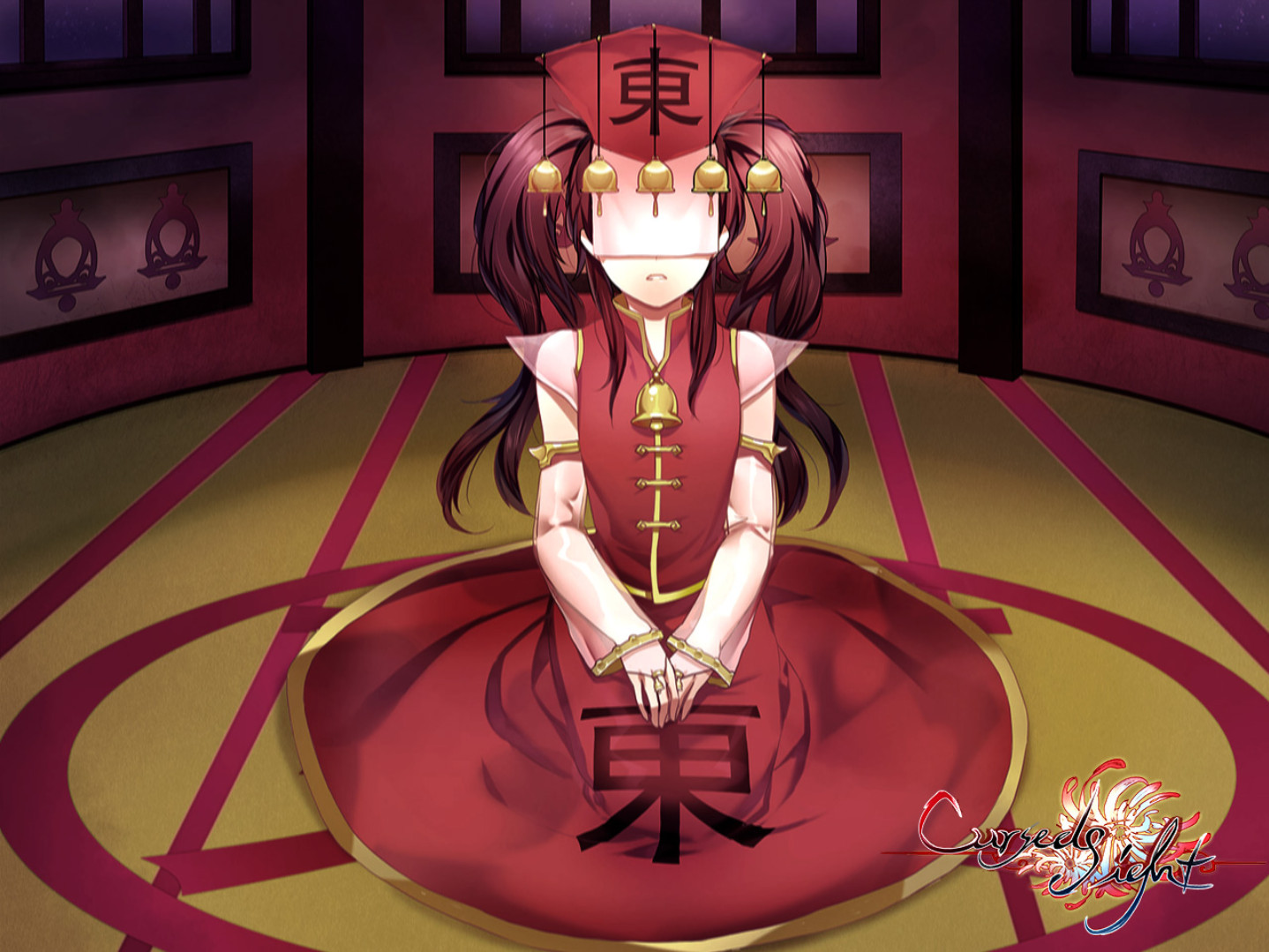 Miyon is a young girl who is held captive to exploit the mysterious power of her cursed sight. Beautiful screens like this one are used as segways between different chapters of the story. (Credit: InvertMouse. Fair use.)

The art is lovely, and the music, while repetitive, fits the setting. The story is not voiced. The writing is decidedly mixed. Gai never quite acts his age (his 10-year-old version is too adult, his adult version is too childish); some paragraphs really needed an editor; anachronistic references and expressions distract from the setting. The most cringeworthy example is this one:

Miyon had opened up so much that I worried the other servants, or even guards, might become interested in her. I would fight them all in a cage at the same time if they dared touch her. Well, maybe after I attached a chainsaw to my left arm.

(Yes, that’s a reference to a chainsaw in a game that is meant to be set in the distant past.)

The game is at its strongest when it conveys emotions and builds its characters. I certainly became invested enough to finish the story and to get to all four endings, and the story moved me to tears a couple of times. While the game is only of average quality overall, there’s the kernel of something lovely here, and I look forward to playing more of InvertMouse’s games in the future.