Every once in a while, I’m drawn to the tower defense genre, where you must dispatch with waves of enemies by building stationary defenses that fire on anything that moves in their proximity. It’s real-time-strategy reduced to the barest explodey foundations, with all action often taking place on a single screen. Unsurprisingly, the genre thrives on tablets and other mobile devices.

Cursed Treasure 2 differs from the stock formula mainly in two ways: You play as an evil overlord, and your enemies are trying to steal your stuff (gems in this case). If they steal all of it, you lose the level. That gives the player a more active role in the proceedings—you have to always keep one eye on those gemstones to prevent your enemies from absconding with them. If you have enough mana, you can summon a meteor to smush your opponents, or you can strike terror into their hearts to deter them.

After winning a level, you can play it in “night mode”, which restricts your placement options for towers to add a bit of difficulty; between levels, you can spend experience on assorted power-ups. All in all, the game offers enough variety to keep things interesting for a while—I put about a dozen hours into it. 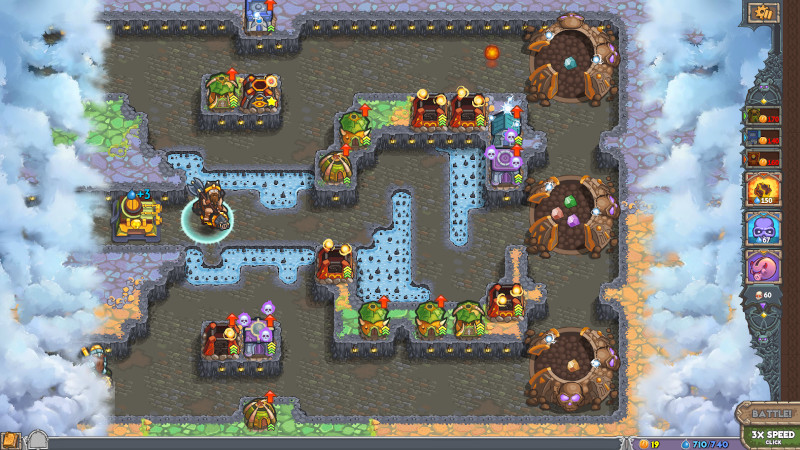 Fighting one of the bosses in the last level. (Credit: Armor Games Studios / IriySoft. Fair use.)

Still, you can often pick this up for a dollar, and it’s a solid game with a decent Linux port. Recommended if you’re like me and occasionally just want to fill your screen with things that go boom.