The explosion of indie gaming in the 2010s has blessed players with the triumphant return of genres largely written off by major publishers, from 16-bit-style “metroidvanias” to point-and-click adventures. The flip side of this blessing is the problem of discovering the indie gems you truly want to play. That’s where Hardcore Gaming 101’s Guide to Retro Indie Games comes in.

On 152 richly illustrated pages, the first volume presents detailed overviews of many games which, while mostly released in the 2010s, seemed “retro-styled” to the editors. It is, as they acknowledge, a squishy definition:

It’s primarily to refer to games that would be inviting to fans of classic video games, rather than a specific style. For example, even though Night in the Woods doesn’t have a pixel look, it’s still recommended for adventure game aficionados.

To be sure, you won’t find on these pages the kinds of indie games that are going head-to-head against big-budget, “triple A” open world RPGs or first-person-shooters. If there is going to be a shooter, it’ll be a “boomer shooter” in the style of the original 1990s trailblazers like Doom or Duke Nukem.

Straight to the point

The guide focuses on gameplay above all else. Don’t look to this volume for information about the developers, how the games were made, or technical details. The tiny infobox about each game contains its title, the year it was published, and the platforms it’s on—that’s it.

The platform list at least is exhaustive, condensed into three letter abbreviations ranging from the obvious (“WIN”, "PS4”) to the obscure (“AFT”, “PAN”). Thankfully, there’s a system key on the first page.

Each article is somewhere between a review and an overview, and seems intended to help the reader answer two questions: How good is it, really? And, is this game for me? 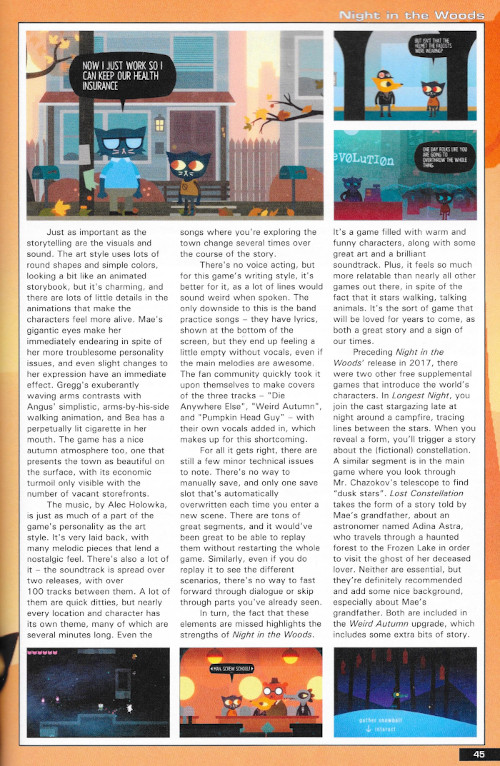 Games are typically described in two pages, and every single page is richly illustrated. (Credit: Hardcode Gaming 101. Fair use.)

On the whole, I found the articles fair and informative, helping me prioritize my backlog and discover some new games. In a couple of cases, the articles went a little too close to spoiler territory for my liking, but that can be hard to avoid when writing about a story-driven game like Lisa or Undertale over multiple pages.

Not a true guide, but still a great introduction

To be truly a guide rather than a collection of articles, the Guide to Retro Indie Games would have benefited from some chapter introductions to the developers or the genres represented here. Nonetheless, if you love indie games and enjoy reading about them in print, I definitely recommend it.

One caveat: the first copy I ordered had severe print quality issues. That kind of thing happens especially with small publications, and Amazon quickly sent a free replacement, so it’s not reflected in the review score. I also bought the second volume, which did not have the issue. 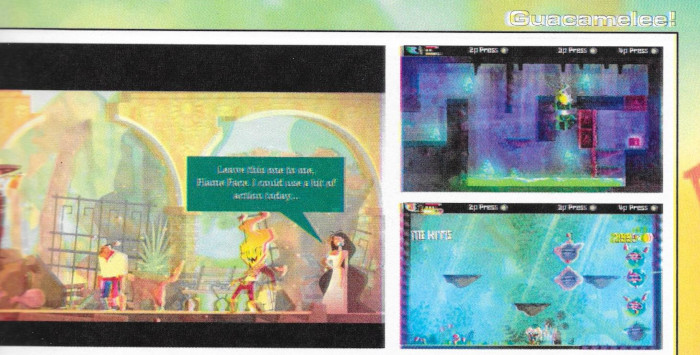 The first printed copy I ordered from Amazon had significant color misalignment issues on every page, rendering the screenshots blurry and almost unreadable. (Credit: Hardcode Gaming 101. Fair use.)

The full list of games in the first volume follows (grouped by publisher):