Trüberbrook is a 2019 point and click adventure game set in a fictional eponymous small town in late 1960s Germany. You play as Hans Tannhauser, an American quantum physics student with German ancestry, who has won a vacation to Trüberbrook (without entering any contest!).

During the first night in his hostel, Tannhauser’s notes on quantum physics are stolen. As he starts tracking down the thief, the evidence points to an abandoned mine, and he soon pairs up with a visiting paleoanthropologist named Gretchen Lemke who is also seeking to explore it. What is the connection between the mine and Hans’ work in quantum physics?

What stands out the most about Trüberbrook is its unique visual style. All backgrounds are based on digitized miniatures, enhanced by in-game lighting and shadow effects. The 3D character models aren’t photorealistic; they look more like clay figures, which works well enough in this setting. 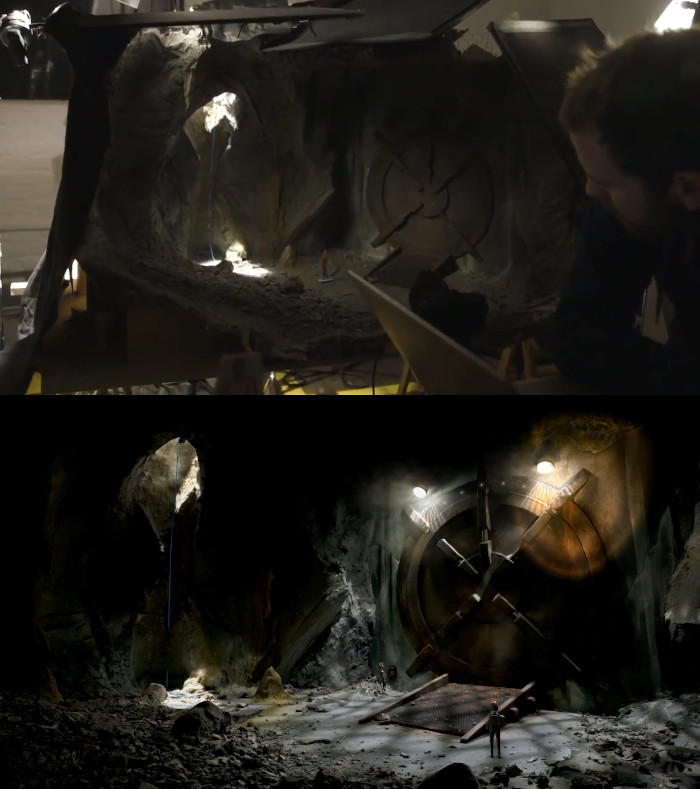 Trüberbrook’s unique aesthetic is the result of the digitization of painstakingly hand-crafted miniatures (Credit: btf. Fair use.)

The gameplay is classic point-and-click adventure fare (walk around, pick up stuff, talk to other characters, combine items), with a simplified inventory system. For example, if you have a screwdriver in your inventory, and you want to unscrew a TV set, you click on the TV set, and the screwdriver becomes available as a possible interaction.

This reduces the “combine everything with everything” aspect of many adventure games, but it would have been nice to at least be able to explore your inventory (it’s only optionally displayed as an icon bar, without descriptions).

The game’s lovingly created visuals can’t help Trüberbrook to overcome mediocrity in most other areas: storytelling, character development and puzzle design. To name an example in each category:

There are exceptions, of course—the game has a few truly delightful, clever and funny moments. With more time spent on everything other than its visuals, it could have been a great game. As it is, if you find the visuals and setting appealing, you may wish to pick it up on sale and keep a walkthrough handy to keep frustrations to a minimum.