How animals mastered the art of not getting lost

Small biological miracles occur all around us. Birds, dragonflies, moths, or butterflies you observe during a hiking trip may be in the middle of migrations that require them to navigate distances of hundreds or even thousands of kilometers. A honeybee feeding on the nectar of a sunflower in your backyard may later share its distance and direction with the hive by way of a complicated waggle dance.

In an age where many of us rely on computers and satellites to tell us where to go when we travel off our beaten paths, these feats of animal navigation are all the more impressive. To find their way, animals rely on the sun, the moon, and the stars; on sound, sight and smell; even on superpowers we lack, like the detection of subtle variations in the intensity, inclination, and declination of the Earth’s geomagnetic field.

In Supernavigators, David Barrie reveals the navigational tools and methods utilized by animals ranging from insects to humpback whales. He compares them with navigation strategies employed by humans, from Polynesian voyagers to the Long Range Desert Group, a British reconnaissance and raiding unit in World War II.

Barrie is no stranger to the subject of navigation. His previous book, Sextant, focused on the use of the titular instrument for celestial navigation, and the author is an experienced sailor. Like many popular science books, Supernavigators is not just about what we know, but also how we know it. Barrie visited and interviewed many scientists, and he even accompanied a scientific expedition studying the long-distance seasonal migrations of bogong moths. 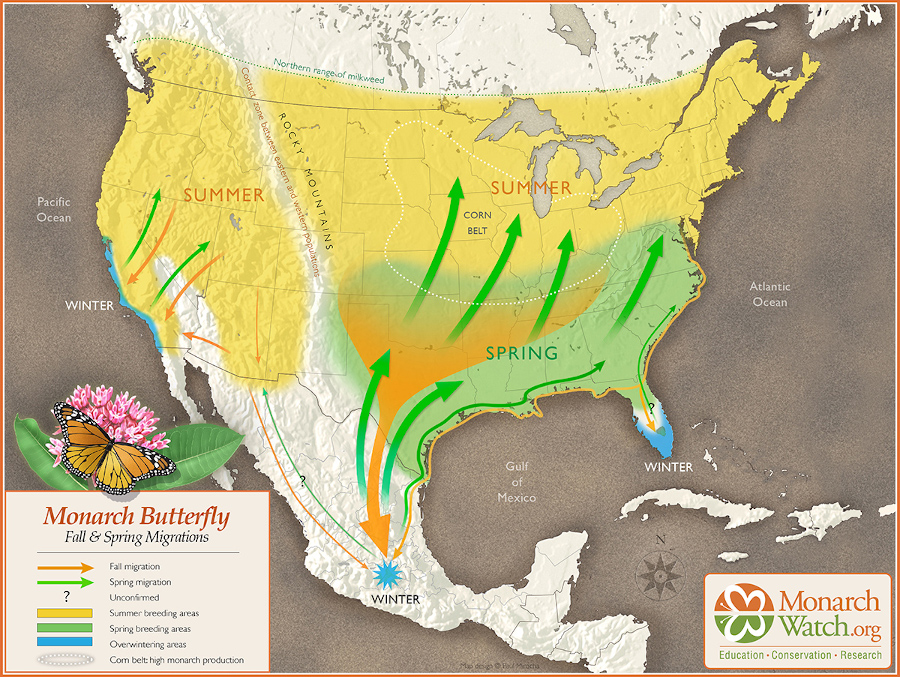 Monarch butterflies travel up to thousands of kilometers as part of their seasonal migrations. To navigate over these large distances, they are aided by a time-compensated sun compass sense. (Credit: Paul Mirocha / MonarchWatch.org. Fair use.)

Knowing how animals find their way across vast distances may seem like a problem of elimination. Given an animal’s ability to see, smell, listen, feel, or sense, which sensory inputs actually matter for a long-distance journey? To test competing hypotheses, animals are deprived of vision or smell, displaced, confused with false sensory inputs, placed in funnels, tagged, tracked, and sometimes even mutilated.

One pattern that emerges from the many experiments described by Barrie is that animal minds—even those of insects—are complex, and animals often make the best use of all navigational information available to them. A subtle change in geomagnetic inclination may be no less important than the smell of coastal vegetation, the direction of the wind, or the movement of stars around the Northern Star.

Towards the end of the book, Barrie briefly criticizes the long history of anthropocentrism in biology, which essentially reduced animals to stimulus-response robots categorically distinct from humans. He reminds us that we are animals, and appeals to us to not let our own navigational skills atrophy. Becoming literate in the “language of the Earth” is a way for us to remain connected to our planet, and to treasure the richness of life on it.

Supernavigators made me say “wow” out loud a few times as I read it; this is testament both to the fascinating subject matter, and Barrie’s ability to convey it. I appreciated the simple sketches that illustrate some navigational concepts, and the brief anecdotes at the end of each chapter that are meant to show how little we still know about animal navigation. While the book would have benefited from some more synthesis and a bit less repetition, if you are interested in the subject, I don’t think you’ll be disappointed. 4.5 stars, rounded up.