Autumn in the Heavenly Kingdom

Of rebels, arms, and the cost of empire

The Taiping Rebellion raged in China from 1850 to 1864. It was a civil war (overlapping with America’s) in which 20-30 million human beings or more lost their lives. The Taiping sought to overthrow the Qing dynasty and establish a Christian theocracy in its place. Their leader, Hong Xiuquan, proclaimed that he was Jesus Christ’s brother (presumably not that one). Where the Taiping ruled, the temples and “false idols” of Buddhism, Confucianism, Taoism, and other ancient beliefs were often smashed to pieces.

In Autumn in the Heavenly Kingdom (2012), historian Stephen Platt retells the story of the rebellion and Western involvement in the conflict. After setting the stage with several maps, a timeline, and dramatis personae, Platt centers the experiences of memorable and colorful characters like Hong Rengan (the Taiping Prime Minister who envisioned Western-style reforms in China), Zeng Guofan (an imperial scholar-general who employed exceptional brutality to suppress the rebellion), and Frederick Townsend Ward (an American soldier of fortune who helped fight the Taiping).

A dynasty on its knees

After the First Opium War (1839-1842), the ruling Qing dynasty was near collapse. The overtaxed peasantry and gentry flocked to the Taiping in droves. Due to their Christianity-inspired and pro-Western ideology, they also had Western supporters, especially in the missionary community which hoped to help “correct” the group’s more idiosyncratic teachings. But along the way, Britain picked the side of the Qing dynasty, helping bring about the end of the rebellion.

When a Taiping force reached Shanghai (one of the treaty ports opened to foreign trade by force) in 1860, Taiping commander Li Xiucheng sent an advance letter assuring the foreigners in the city that the Taiping wanted positive trade relations, and that no foreigner would come to harm. Britain’s trade representative Frederick Bruce refused to even open the letter. Instead, British and French forces helped repel the Taiping forces from Shanghai—while simultaneously waging a Second Opium War against the Qing dynasty which culminated in the destruction of the Imperial Summer Palace in Beijing. 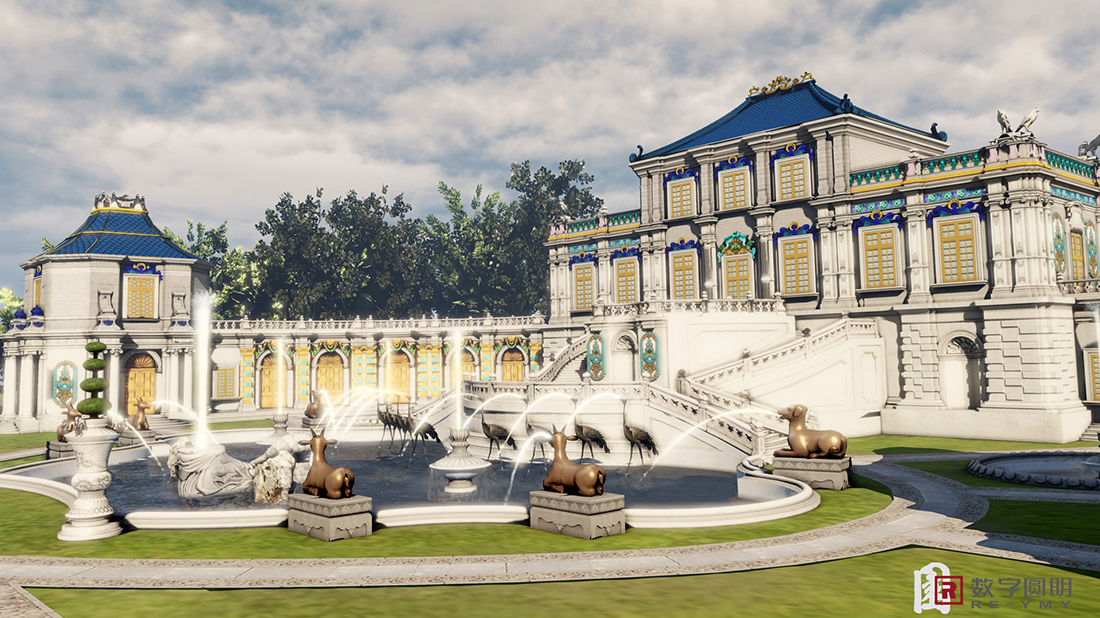 Reconstruction of the Imperial Summer Palace in Beijing, which was looted and destroyed by Anglo-French forces in the Second Opium War. (Credit: Guo Daiheng / Beijing Re-Yuanmingyuan Company Limited. Fair use.)

Britain continued to strenuously assert its neutrality in China’s civil war, but the intervention in Shanghai marked the beginning of increasingly active efforts to help suppress the Taiping: by imposing conditions on their military movements, by selling arms to the Qing empire (including an aborted attempt to sell China’s rulers a small fleet of gunboats known as the “Vampire Fleet”) , and through support for Frederick Ward’s mercenary force, the “Ever Victorious Army”, which would come to be led by a Brit, Major Charles “Chinese” Gordon.

The Qing dynasty lasted until 1912. Would the empire have defeated the Taiping without Western help? If not, would Hong Rengan’s vision of a peaceful, modern China have prevailed—or would Hong Xiuquan have led an increasingly fanatical theocracy, worse in its oppression than the rulers it sought to displace?

While Platt’s narrative is sympathetic to the Taiping (as is modern China, which has sometimes portrayed them as proto-Communists), he does not attempt to answer those questions. Instead, Autumn in the Heavenly Kingdom, together with its “prequel” about the First Opium War, Imperial Twilight (reviews), helps us understand the wounds of colonialism and the human cost of empire in all its forms. It may also provide clues to modern China’s obsession with totalitarian political control.

As in Imperial Twilight, Platt succeeds marvelously in making this history engaging, at the expense of attempting to chart out the larger patterns of the conflict (e.g., the economic impact of the First Opium War on the Qing dynasty, the ideological development of the Taiping, the volume of arms sales). Like Imperial Twilight, I recommend Autumn in the Heavenly Kingdom unreservedly as a starting point to explore the history of China in the 19th century.