Florence is the short interactive story of how 25-year-old Florence Yeoh finds love—and of what happens after that.

You scroll and click (or tap) your way through the story by way of microgames: brush your teeth, pick up some items, open a box. The game wants you to advance through the story and does not put any stumbling blocks in your way.

There’s almost no writing. Instead, the story is largely told through pictures, animations, music, and (in some poignant ways which shouldn’t be spoiled!) its interactive elements. 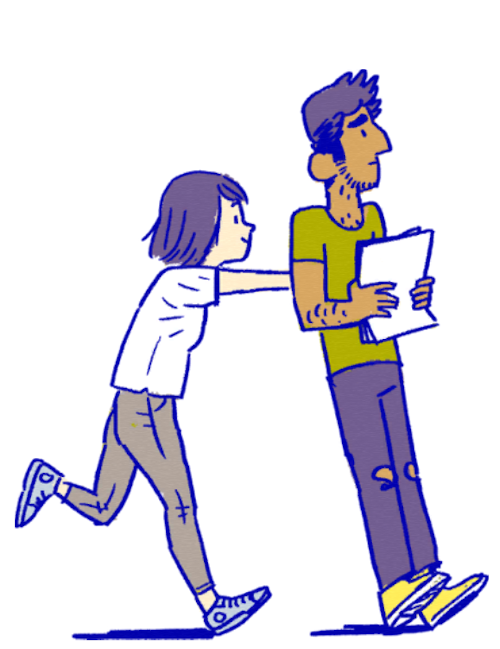 Sometimes the people you care about may need a little push. (Credit: Mountains Games / Annapurna Interactive. Fair use.)

The soundtrack relies heavily on piano, cello and violin. It adapts to the mood of each chapter and harmonizes beautifully with the artwork. Together, the art and music give the game emotional depth despite its light and simple story.

It’s a very well-crafted experience that lasts about 30-45 minutes. Yet, it also trades in well-worn clichés and eschews any kind of social commentary. This isn’t a game to make you think—it’s a game to make you feel. (That’s not to say that there isn’t a takeaway, but it’s primarily an emotional one which I won’t spoil for you.) If that’s what you’re looking for, I can wholeheartedly recommend it.