Everything related to gamebooks, Choose-your-own-adventure and Solitaire RPG

Find and review gamebooks and Solitaire RPG in any language including rules systems and electronic interactive fiction.

Write only reviews of books which you completed at least once or games played at least once. In your review try to touch the following topics regarding gameplay, replay value, story and overall presentation.

A blog post can cover any news or articles regarding gamebooks, authors, publishers or crowd funding campaigns. Do not just copy links but also give another perspective or info to the source news. Do not post or link to other people reviews. We write our own reviews.

» View all
The Warlock of Firetop Mountain
en.wikipedia.org/wiki/The_Warlock_of_Firetop_Mountain
More reviews and information

The Warlock of Firetop Mountain written by Steve Jackson (UK) and Ian Livingstone is the first title in the Fighting Fantasy (FF) gamebook series. Published in 1982 it was such a great success that nearly 60 titles in the series followed. As the very first book it also works as a blueprint for many other books in the series. This includes the arbitrary limit of 400 sections and dungeon crawling in a fantasy setting.

The title spells most of the back story already. YOU are an adventurer that tries to find the treasures of the warlock Zargor in the firetop mountain. Those are hidden in a maze in subterranean halls of the mountain. The game mechanics are easy to learn. The requirements are low as everybody has a pen and paper. On the bottom of the pages are the required dices printed even though most readers will likely raid the family board game collection to get some actual dice. This low entry barrier is to this day key for the series’ success. 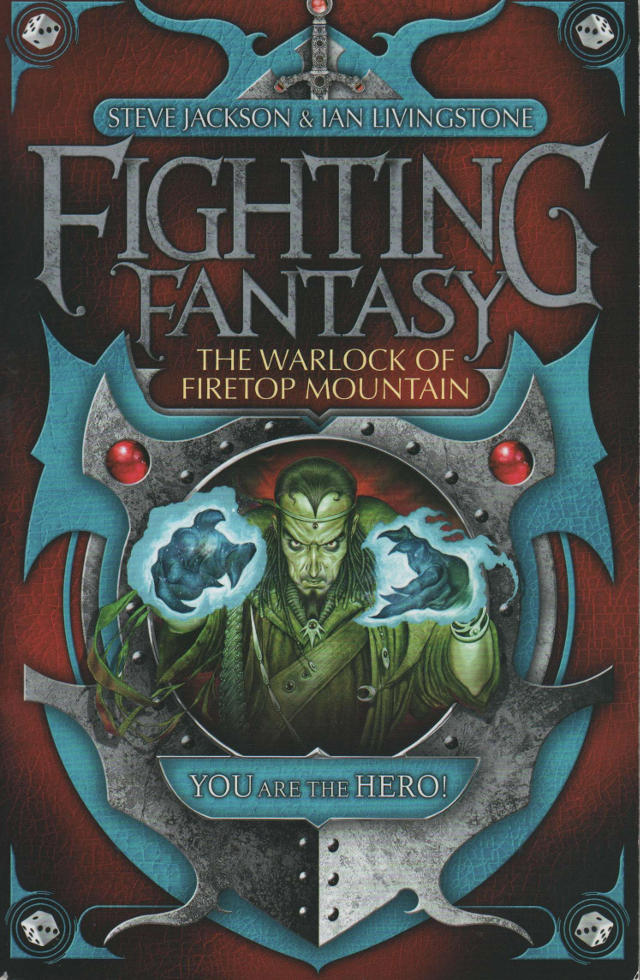 The gameplay consists of stat keep of the character and their inventory. Tests of luck and combat situations are resolved with just the two dices. The monster encounters are quick fights that give the flow of the book a nice pace between action and exploring.

All classical flaws that haunt the FF series are present like roll or die scenarios where bad luck just ends the adventure. Dead ends like missing one of the required keys also ends the journey while the player did nothing wrong. The dungeon itself is engaging and well described so that map drawing is fairly easy. Finding a low risk route is done by trial and error to finally get the treasures of the warlock. After you found the treasures the replay, value is nil.

The Warlock of Firetop Mountain is a classic and a great introduction to the gamebook genre to this day. Instead of world building it focuses on the gameplay. The atmosphere and flair comes from the great black and white illustrations by Russ Nicholson which more than compensate the missing world building in the text. Many reprints and translations for the very first FF adventure are available so everybody has a good chance to read a well recommended classic. 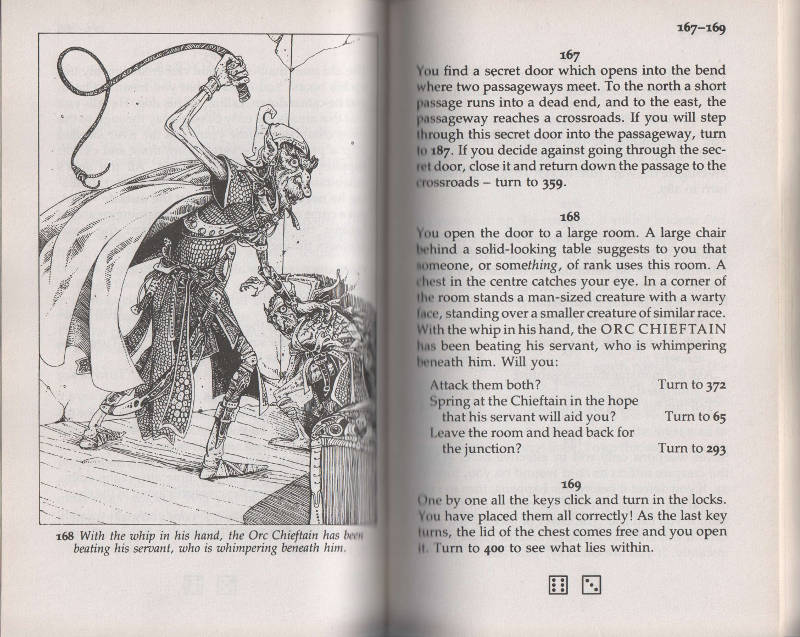 This team has not written any blog posts yet.