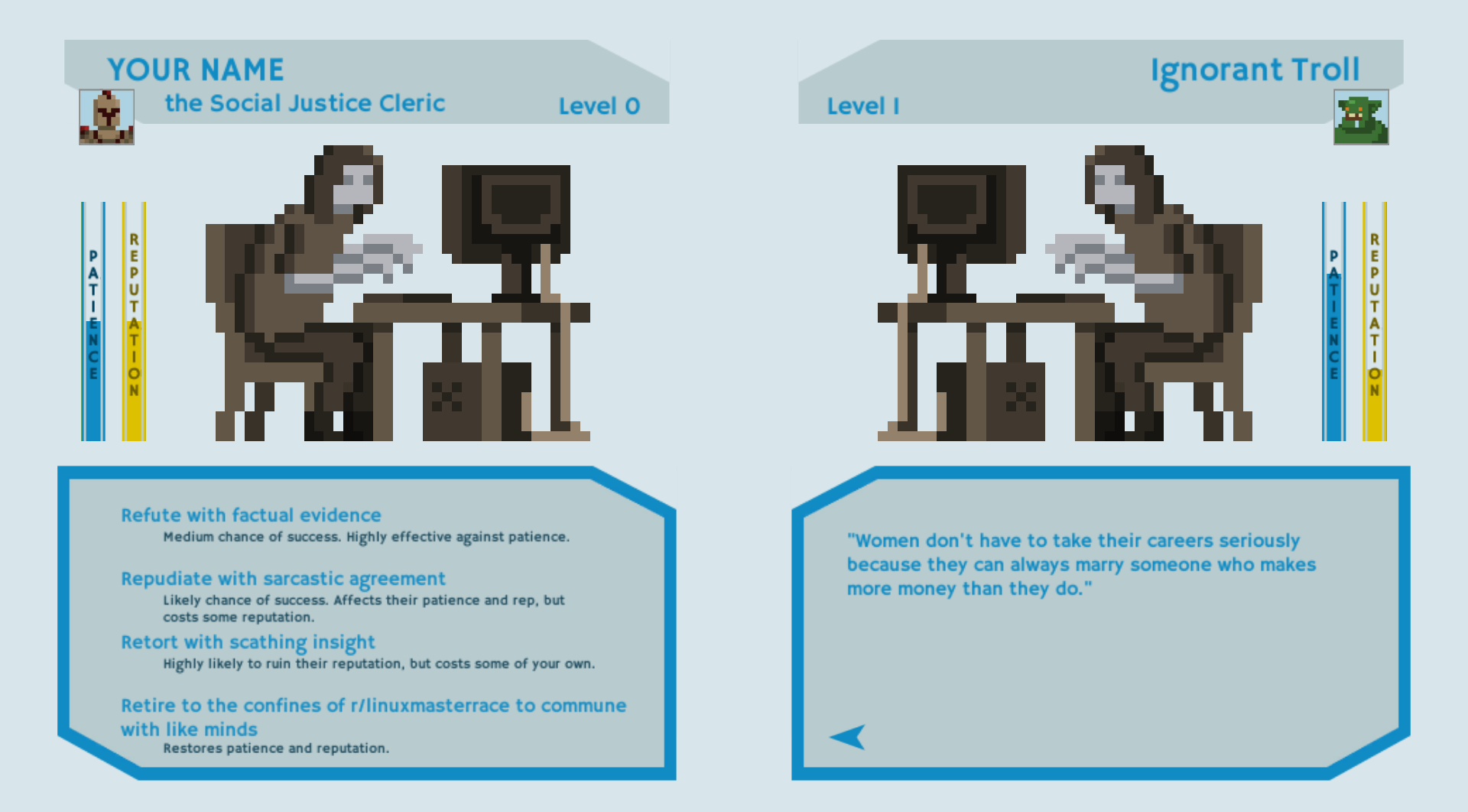 Posted under: Bundle for Racial Justice and Equality
Written by pat on 8/31/2020, 2:32:04 AM
Permanent link
Islands: Non-Places
carlburton.itch.io/islands
More reviews and information

A depiciton of scenes with minimalist graphics and some objects in places/situations that are out of the ordinary. The only interaction happens at pauses where you are forced to click flashing objects to move to the next segment.

I made it through 3 uninspiring scenes before tapping out. I found the style interesting, but it didn’t go anywhere. The scenes aren’t pretty enough to be appreciated solely for beauty and I found no insight in the places forms were changed from the ordinary.

Posted under: Bundle for Racial Justice and Equality
Written by pat on 7/5/2020, 2:03:17 AM
Permanent link
Gladiabots
gfx47.itch.io/gladiabots
More reviews and information

Gladiabots is a strategy game where you program a team of robots to win battles. There is 3 different game modes, elimination, domination and collection. The single player is lengthy with many levels of increasing difficulty with the layout of the arena and enemy team varying enough to keep it interesting.

The gameplay is half programming, half watching your team do battle. The programming is easy to get started with as every thing is done visually. You layout commands with the leftmost having the most priority. As you try to make your robots behavior more specific, the visual programming becomes a hinderence and anybody whos written code will be yearning to play the game by actually programming. Watching the battles stays fairly entertaining since you can speed up or slow down to only watch the parts that show if your programming is working.

There’s definitely bugs where the game doesn’t execute the programming properly, but they’re rare enough not to impact gameplay. The game also wants you to sign into an account to share your score and will ask you to sign in after EVERY game if you don’t. The game also comes with data collection for the Unreal engine turned on. On Linux, you can see the settings in .config/unity3d/GFX47/Gladiabots/prefs. There was no notice about this either. I only happened to find it while trying to debug a bad build of the game.

Overall, its worth a play.