An antidote to cynicism

In November 2015, Nathan Robinson and Oren Nimni launched a Kickstarter to fund the creation of Current Affairs, a print magazine of “political analysis, satire, and entertainment” promising to “make life joyful again”. The campaign exceeded its goal of $10,000. Three years later, Current Affairs has become of the most reliably interesting and, indeed, enjoyable political publications on the left.

Print editions are issued every two months; each is carefully designed and, in addition to articles on diverse topics, every issue contains the creative works of many contributing artists. While many illustrations simply support a given article, in other cases it’s the illustrations that tell the story—see, for example, the “City of Dreams” illustration and accompanying article. 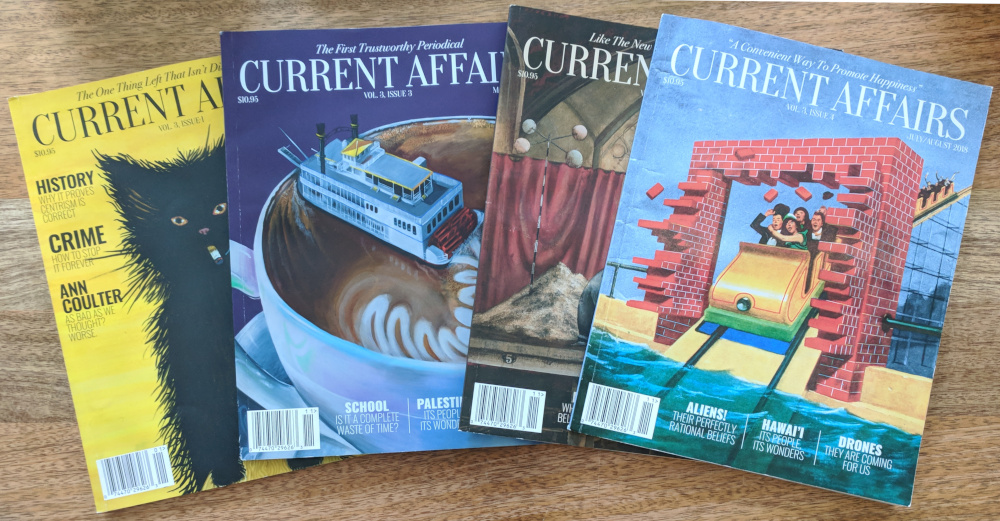 Instead of simply dismissing them outright, Robinson takes these figures to account on the basis of their own words, dissecting the ugly mess of hateful nonsense beneath whatever persona they’ve created for themselves.

While it writes of socialism as a political and economic alternative, the magazine has been equally critical of authoritarian socialism. Robinson’s own essay, “How To Be A Socialist Without Being An Apologist For The Atrocities Of Communist Regimes“, puts it quite plainly:

The dominant “communist” tendencies of the 20th century aimed to liberate people, but they offered no actual ethical limits on what you could do in the name of “liberation.” That doesn’t mean liberation is bad, it means ethics are indispensable and that the Marxist disdain for “moralizing” is scary and ominous.

Current Affairs instead leans towards libertarian socialism, an ideology seeking to balance a high commitment to individual freedom with a concern for the welfare of societies. It speaks of “humanistic” values and holds all ideologies to account for living up to those values.

The magazine publishes essays about diverse topics from the changing politics of Star Trek to the Mardi Gras holiday in New Orleans. You’re in for a visual treat the moment you open the table of contents, each of which is an artistic exploration of the topics covered in the current edition. 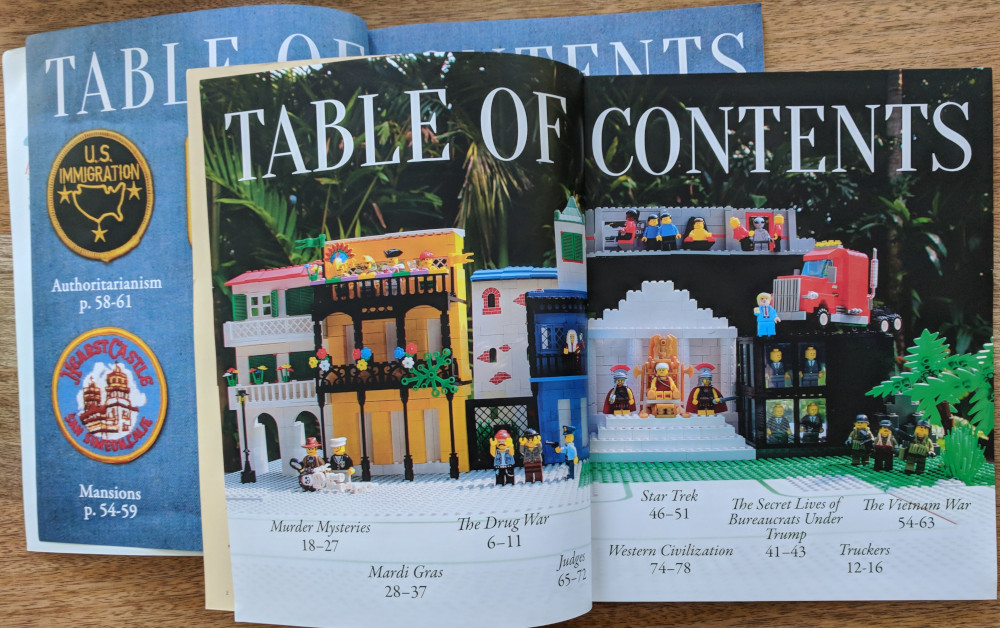 Alongside its playfulness and occasional silliness, the magazine features articles such as a gut-wrenching and unflinching look back at the Vietnam War (“What We Did”) or an insightful report on disillusioned African-American Rust Belt voters (“The Color of Economic Anxiety”).

Recently, the magazine also launched a podcast; as of this writing, it is already generating more than $6,000/month in Patreon support (supporters get access to bonus episodes). The podcast features conversations between the magazine’s contributors on a wide variety of topics, featuring segments like “Lefty Shark-Tank” (tongue-in-cheek criticism of left-wing policy ideas), interviews, answers to listeners, parody ads, and more.

Legally, Current Affairs is not a nonprofit; Nathan Robinson told me by email that the team “debated it and then decided against it as it creates all kinds of logistical headaches”.

However, he emphasized that Current Affairs will never operate as a for-profit company. Over the course of each magazine’s two-month run, all articles are published online without any kind of paywall, and the website and magazine are entirely free of third party ads. Regrettably, articles are under conventional copyright, as opposed to a permissive Creative Commons license. 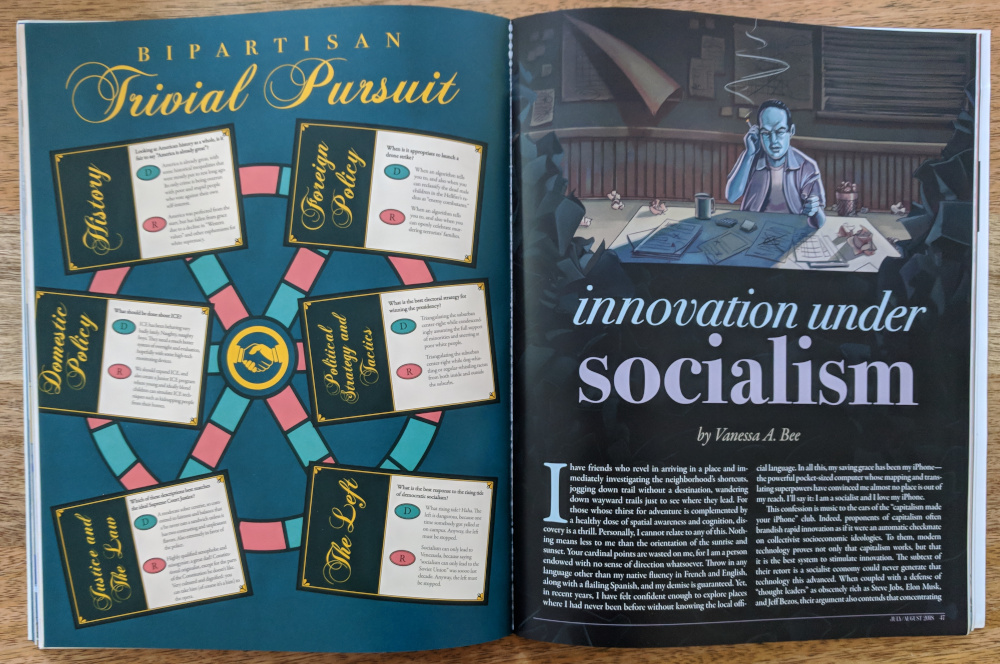 After reading their online edition for a while, I subscribed to Current Affairs earlier this year, and have not regretted it yet. At $60 for 6 issues, you get good value for your money; the magazine is a pleasure to look at, and I generally read it all the way through before the next one arrives.

A few typos usually slip through, and some articles would benefit from more rigor (data, citations) or additional editing. But these are the kinds of problems you would expect from a small, independent magazine.

In many ways, I prefer the Current Affairs model to the heavily grant-funded nonprofit publications I’ve reviewed (e.g., The Marshall Project, ProPublica). It will likely never be able to muster the resources to engage in a similar scale of reporting projects, but its writing is fearless and independent, funded entirely by readers. While its humor can be snarky, underneath it there’s an earnestness that’s disarming and likable. I highly recommend checking it out.

Would you enjoy reading it? Fortunately, that’s easy to find out by browsing the archives of the website. Regardless of its legal status, I’ve also added it to the Twitter feed of quality nonprofit media, which is a convenient way to sample the content of many nonprofit outlets if you happen to use Twitter.